For the second year in a row, REFSYSTEM was awarded the Delta 2021 award - a prestigious distinction awarded by the Polish Ventilation Association. The company, which is the general distributor of HAIER (Poland) and HEIKO (worldwide) air conditioning systems and heat pumps, again won the first place in the category of companies operating for 20 years on the market. Refsystem thus confirmed excellent financial results, dynamic development and a stable position on the HVAC&R market. 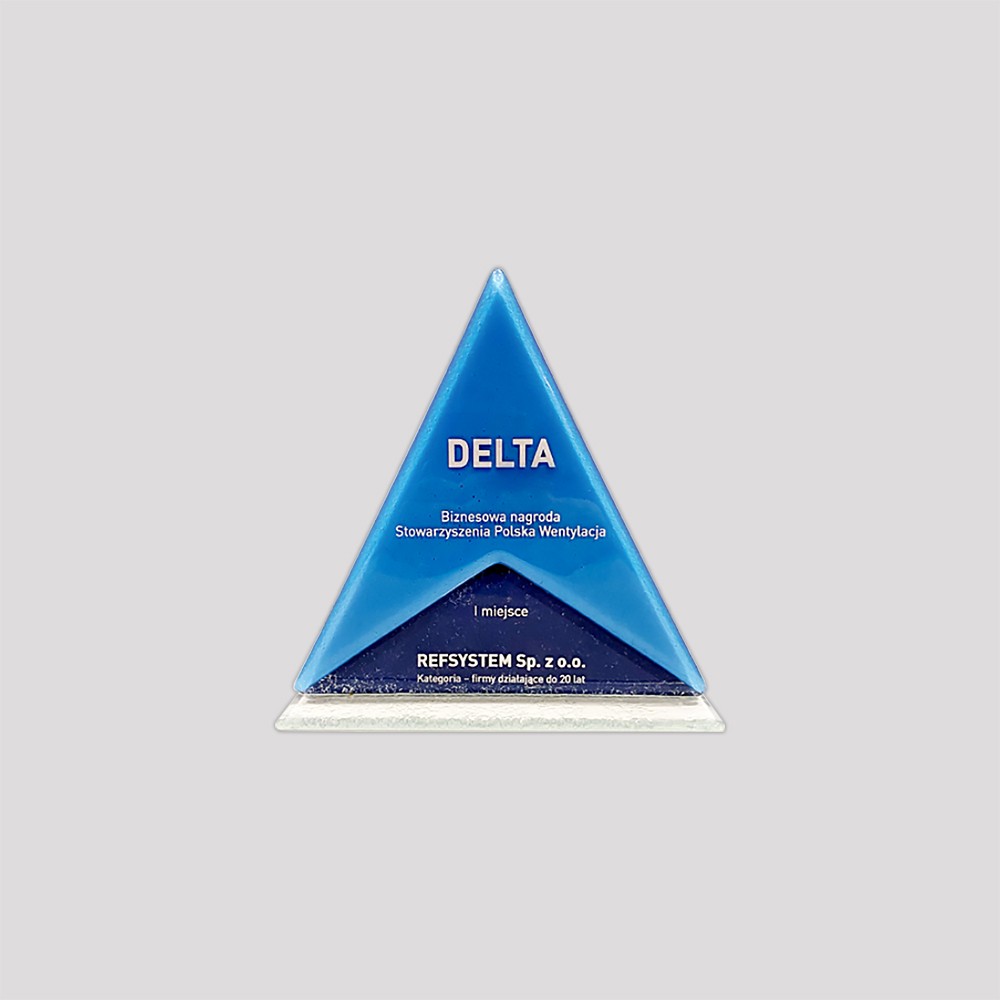 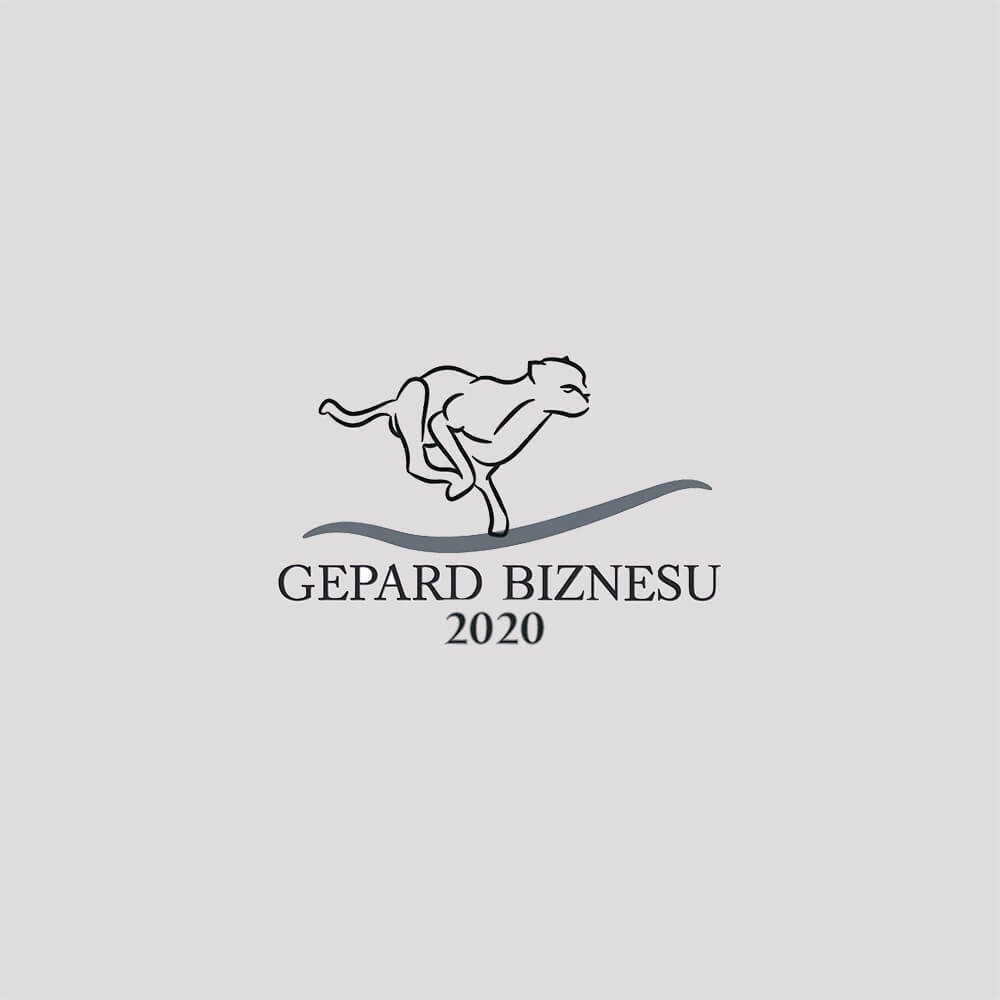 The company Refsystem Sp. z o.o. for another year in a row, it was awarded by the Institute of European Business in the 15th edition of the Business Cheetah 2020 Competition. It is a title awarded primarily due to the sales results and the dynamic development of the company. The award is verified on the basis of credible and reliable financial data from the National Court Register. Refsystem is a company offering high-quality products in the field of air conditioning systems and heat pumps. Thanks to its dynamic development, it constantly strengthens its position on the market, as evidenced by the Gepard Biznesu 2020 award received by the company for the third year in a row. The average dynamics of revenues and net profit of the company in 2018-2019 was 48.6%, and its market value in October 2020 . has been estimated by the Institute of European Business for PLN 2.6 million.

We are pleased to announce that Refsystem has received the Gazele Biznesu 2017 award. The title of Gazela Biznesu is a recognisable sign of well-managed, honest and financially sound companies. The ranking is prepared every year since 2000 by the daily Puls Biznesu. The aim of the Gazele Biznesu project, which apart from the ranking list consists of a series of four meetings organised in the ‘real world’, combined with the awarding of commemorative statuettes and diplomas, is also to create a chance to make personal acquaintances and contacts, which cannot be replaced by any IT tool. 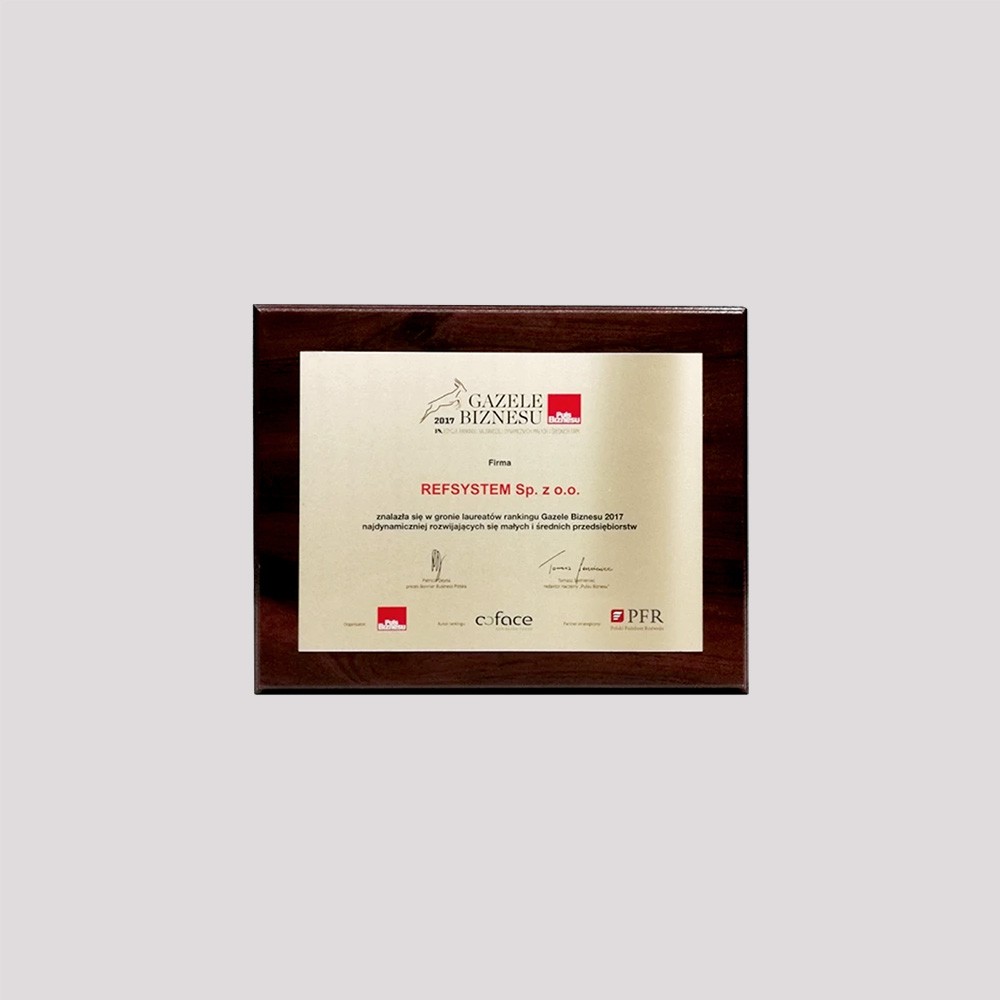 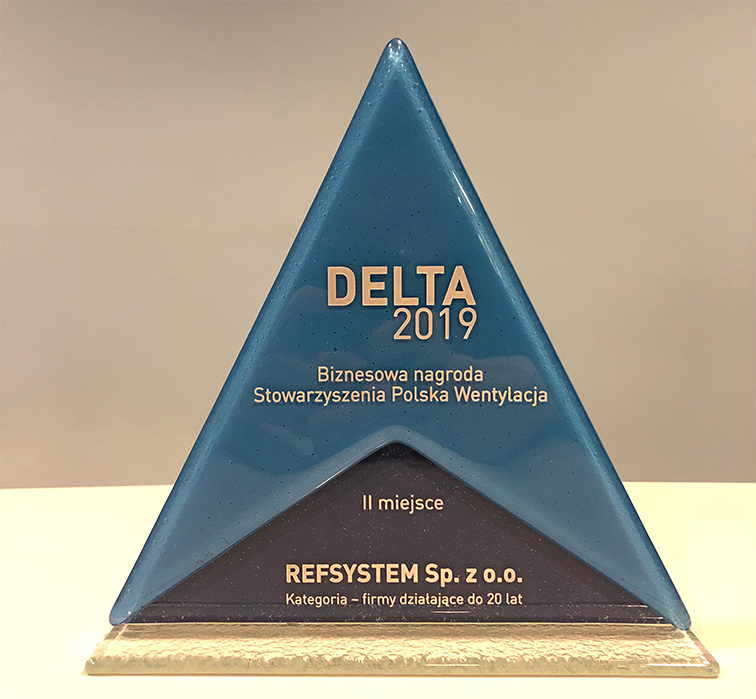 DELTA awards are granted to the most dynamic and business-effective companies, which makes them synonymous with positive changes and business development in the industry. The Polish Ventilation Association presents the awards on the basis of economic analysis of companies (manufacturers, importers, trade companies and contractors), taking into account such factors as: the pace of development of the industry and the condition of individual companies compared to the industry average. Refsystem, which is a General Distributor of Haier AC in Poland, took second place in the category of companies existing for 20 years.

Business "Gepard" is an award granted to the most dynamically developing enterprises. The awards are based on the results of analyzes carried out by the European Company Magazine of Entrepreneurs and the Institute of European Business. These types of analyzes and rankings confirm the company's credibility and reliability in conducting business. These data are public and publicly available. The Business "Gepard" competition has been taking place since 2006. In 2019, Refsystem (General Distributor Haier AC in Poland) was among the winners in its voivodships. Refsystem has been a dynamically developing company for years, which offers high quality products, very good commercial conditions, technical and marketing support. 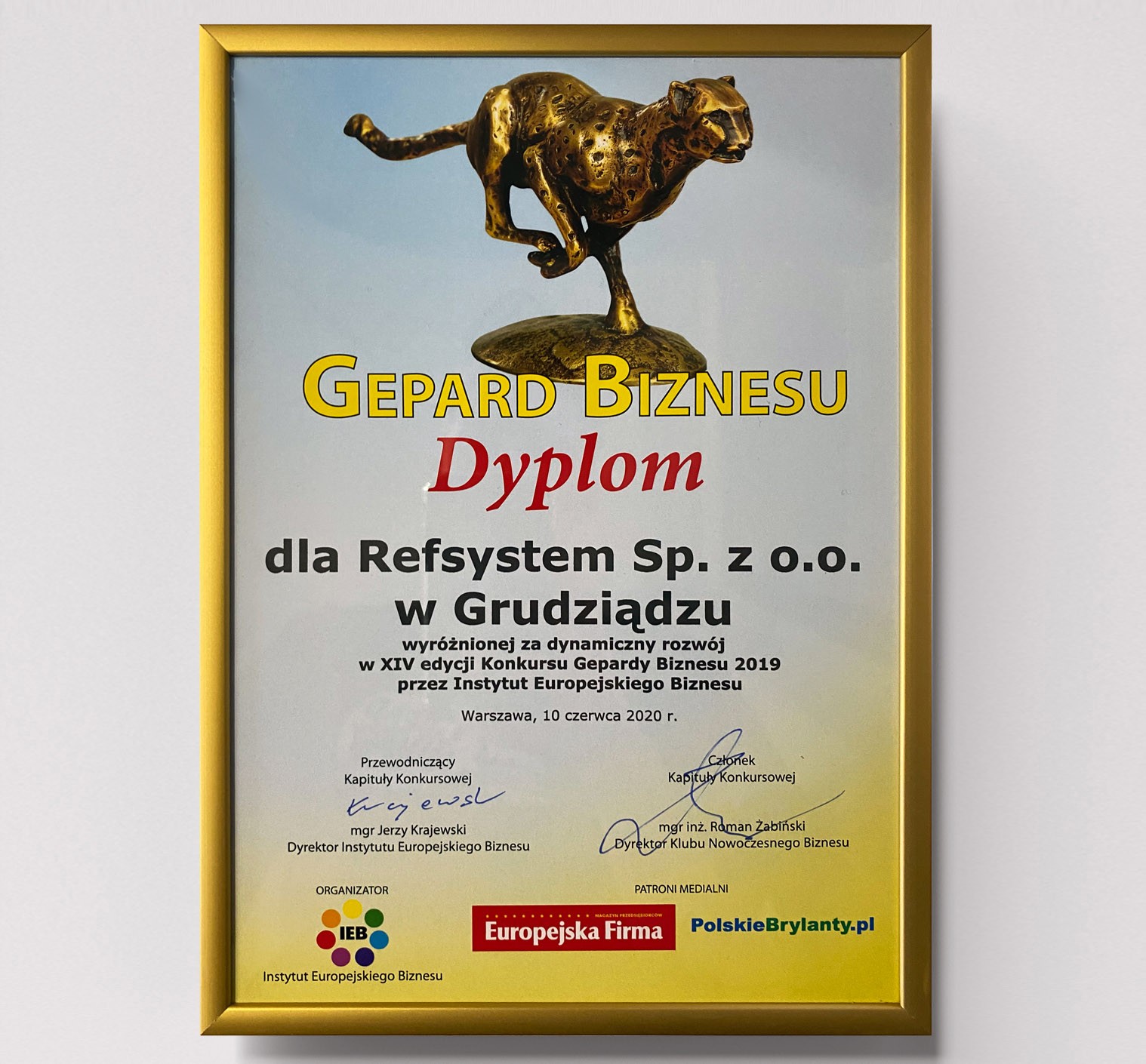